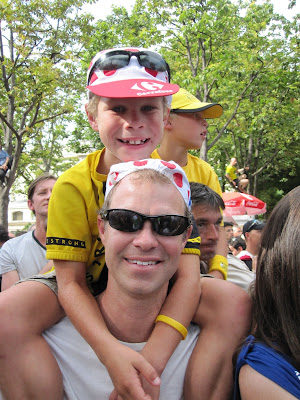 At the Finish in Paris

After a transatlantic flight, 3500 miles by car, 600 miles by bike (mostly uphill), 5 countries, travel through many of the Departments of France, seeing the majority of the 21 stages of the Tour de France, and 23 blog entries; our journey is coming to an end. In many ways I feel like I am on the final page of a really good book. I am about to close the cover and move on to the next story, however, the feeling is bittersweet because I don’t want the story to end. 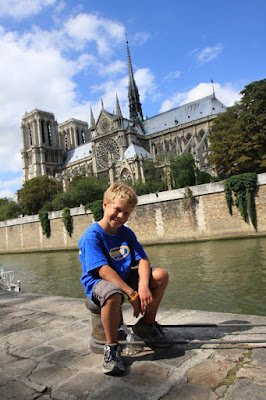 The 2009 Tour de France finished yesterday on the Champs Elysees. Liam and I made it to the finish after a crazy all-night drive up from the heart of Provence. This drive was for me the most difficult part of our trip. The drive ended up being a seven or 8-hour affair, which had us arriving in Paris at sunrise. For the last hundred miles, I was finding it very difficult to keep my eyes open. 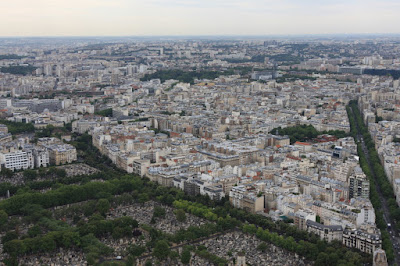 The 14th - Montparnasse - "our" little corner of Paris

Fortunately, we were able to check into our tiny hotel on the Rue du Parc Montsouris fairly early. The only hiccup was that the room was on the fifth floor and the elevator was broken – Just another workout along the road! We were able to get a few hours sleep, and then headed to our favorite local boulangerie for some sandwiches for lunch. The smell from the bread as you approach the shop is amazing. I don’t know why but bread made in France always tastes better than anywhere else in the world. I have been to several “French” bakeries in the States, but it never is quite the same. 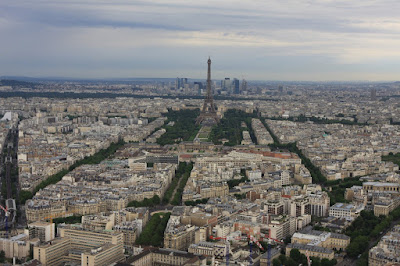 Sundays in Paris are very relaxed days for the French. For most, the main event of the day is a family lunch that often ends up lasting most of the afternoon. This Sunday, there were several families and groups of friends having picnics in the Park beside our hotel. We finished our sandwiches and headed for the metro to go to the finish of the final stage of the Tour de France. 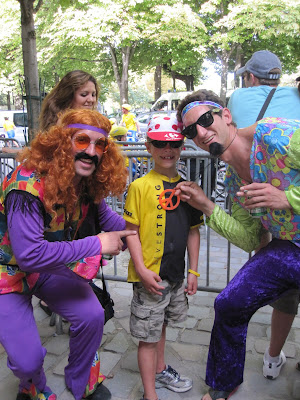 The party moves to Paris

The scene along the Champs below the Arc de Triomphe was entirely different from the relaxed atmosphere of Parc Montsouris. People were lined up 10 to 20 deep all along the several mile stretch of boulevard in the center of Paris. Liam and I found a spot near the finish line from which to watch the race. From my shoulders, Liam was able to get a pretty good view of the riders as they passed by during the several lap circuit. There was quite a party going on. The Spanish were out in full force chanting “Contador, Matador.” In the last lap, Mark Cavendish and the Columbia Highroad team put on an impressive display to win the day.

After the finish, we ran into Terry and Kendall who we had met a few days earlier on the Col de la Colombiere. We lingered around the finish for about an hour watching the riders take their celebratory laps around the Champs. They all looked very happy to have made it to Paris. We were hoping to see Lance to congratulate him for a job well done. That would have been the ultimate ending for our adventure. We never ended up seeing Lance, but we passed on the message through some of the people from the Astana team.

Lance looked like he wanted to say something on the podium. I think the world has already heard it by his remarkable Tour. The message is that the fight against cancer is not over. More needs to be done, and it needs to be done now! Lance may have come in third in the race, but he had already won by just being here. 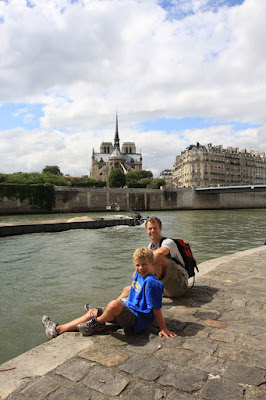 Liam and I have seen and done some incredible things in the last five weeks. The challenge for us now is to take our experience and channel it into something really meaningful at home. If Liam and I can motivate other kids and families to become active together than we will have succeeded in what we set out to do.

As I write this blog Liam is asleep. He had his ninth birthday today in Paris. His next athletic goal is to qualify for the Junior Olympics with his swim team. We will keep up our weekend father/son bike rides. They will now, no doubt, be a little longer than when we left. He is already talking about doing the 65 mile Tour de Organics up in Sonoma County, California in August.

We also hope to keep the blog going! If you are interested in the story, check back in from time to time. We have seen this finish line, but there will be many more to come. 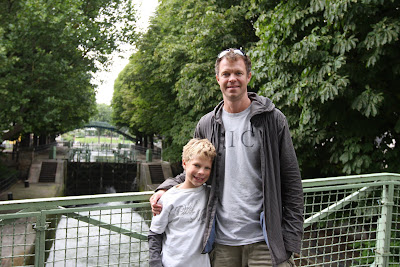 Bill and Liam signing out!
Posted by Bill & Liam Flanagan at 3:49 PM