New Rhythms, New Rides - What it Takes to Make a Difference.

We have settled into our new home in Provence, and are slowly starting to step into the rhythm of our new lives in France. New food, new schools, new friends, new language, new culture, new places to explore, new rides to find, and new ways to train are just to name a few of the things we are all experiencing together as a family. It is experiences like these that open one's perspective and world view. I think we are all taking it in stride - so far so good! 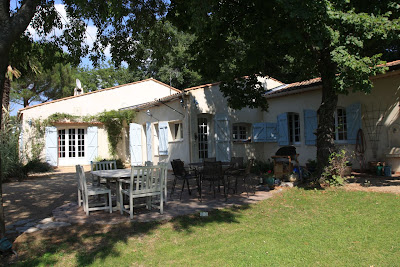 Our home for the year in Provence 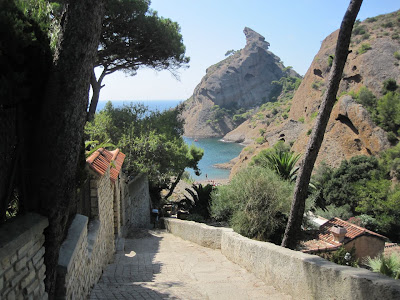 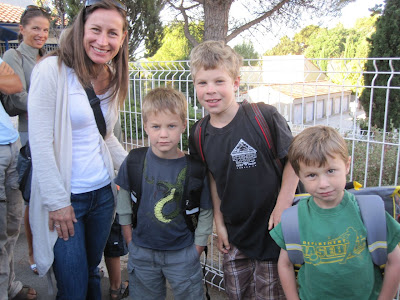 First day of school in France
The boys are in the French public school which started a few weeks ago. In France this time of year is called the rentree or reentry. All the French children start school again around the first week in September. This , of course, has been difficult because the boys, at the moment, speak very little French. They probably want to kill us now, but hopefully they will thank us later. There is one little girl in Liam's class that does know some English. It happens to be the swear words F U. Periodically throughout the day she will shout it out to Liam just to see his reaction. He is a good sport about it, and actually finds it rather funny. One thing the boys do love about their new school are the lunches. They have an hour and a half lunch and it is quite a deal. I want to go to school with them! Wouldn't it rock to be able to do the fifth grade again complete with a great French lunch? The boys don't exactly share my enthusiasm at the moment, but I think this may change as their language skills start to improve. 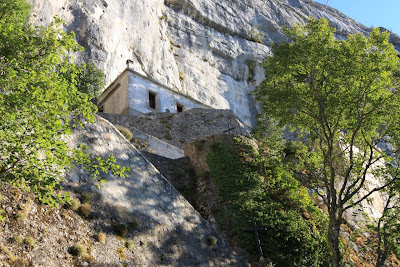 Monastery in the Saint Baume 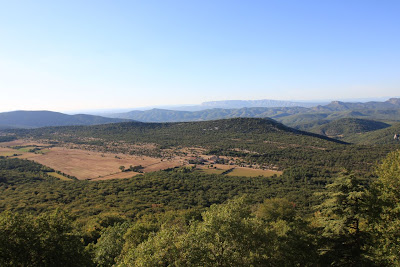 Saint Baume
On the weekends and during our days off, we have been exploring small French villages on the coast and in the mountains. We have also been doing a lot of (beaucoup) bicycle riding. The weather is great, the riding is amazing, the food is fantastic, the wine is, well very French ( tres bon,) our French neighbors and people we have come into contact with have been super friendly and helpful.
Through it all, our link back to the States has been the training and fund raising for two cycling events in October back in the United States. Liam wants to attempt a century ride which is a ride of 100 miles in a single day. This is a huge task for a 10 year old. It takes a lot to put in the training required. For a 10 year old it is important not to over train and stress the joints. Therefore, Liam is doing a lot of cross training to supplement his riding. Rowing, trampoline, swimming, and running are all part of the current program. I think Liam is, at the moment, the, or, one of the hardest working 10 year olds in cycling. 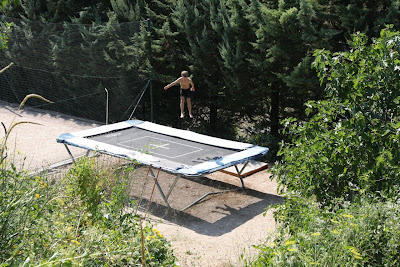 Taking cross training to new heights
As hard as Liam has been working on the bike, he has been working equally as hard to champion the fight against cancer, and for local California charities. So far, this year, Liam has raised $300 for the Levisgranfondo charities, and $1140 for the Lance Armstrong Foundation. Thank you to all those who have joined Liam to make a difference! And for those who still wish to join Liam in his campaign, there is still time. The events are in October! Let's make some noise! 28 million people in the world are effected by cancer. Lets shrink this number and eventually snuff out cancer. 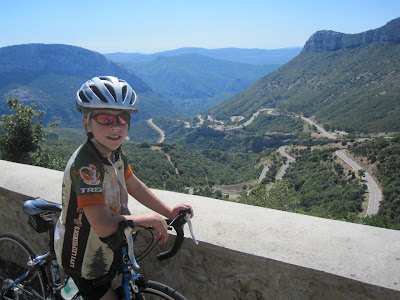