If the video is cut in half on your display, open it up by clicking on the top of the video window. It is one you will want to see in full-screen for sure! Enjoy

It is a four hour drive from our house in France along the northwestern curve of the Mediterranean sea to the Costa Brava in Northern Spain. In the past, this area was best known for being the home of painters like Salvador Dali, its Catalan independence, isolated monasteries in the mountains, and its rugged almost lonely coastline. These days the region has also come to be synonymous with great training grounds for both professional and recreational cyclists alike. 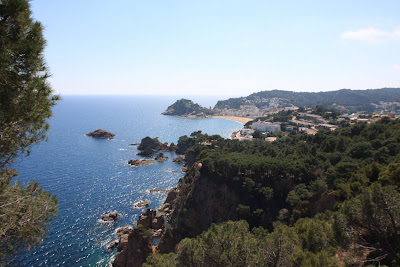 Spanish Coast with Tossa del Mar in the background

In 1985, I was a high school exchange student in Barcelona. Some of my most vivid memories from that year were side trips up to the northern part of the rugged Spanish Mediterranean coast. It is amazing how a place can have such a distinctive feel and personality. There is really a heart and soul to the land. From that time, I remember the massive cathedral of Girona, the Dali Museum in the city of Figueras with wild surreal paintings of melting clocks, ruins of ancient Greek and Roman outposts on an isolated wind swept coast in the winter, peaceful and serene monasteries in the mountains, and eating Paella (a Spanish seafood dish over yellow saffron rice) in small coastal fishing villages. They are good memories. 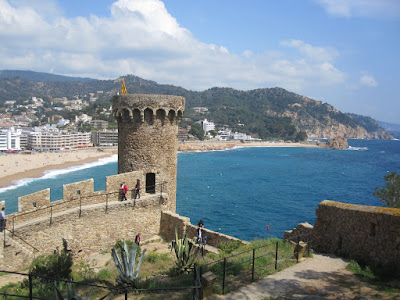 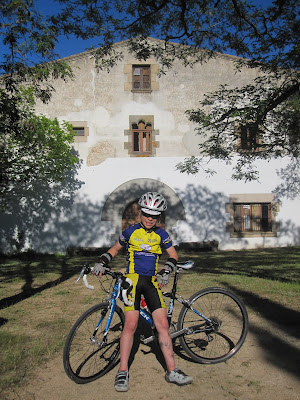 Now 26 years later, I wanted to see the area with my 10 year old son in a way that I wasn't able to before. I also wanted Liam to be able to have some of the same, almost magical, impressions of this part of the Spanish coast that I did. I am fortunate to have a son who has as much love for the bike and for travel that I do. At ten years old, he also has an amazing gift for endurance and loves to climb mountains on his bike. We were going to explore the Costa Brava as cyclists only can - from the freedom of our bikes. Good thing we are in shape! There was lots to cover over some very hilly terrain. 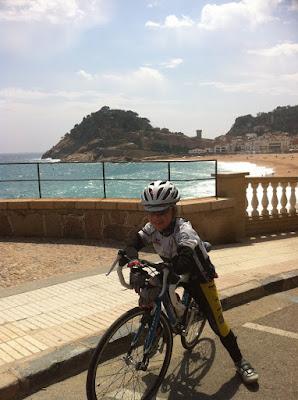 We based out of a type of sports retreat called Giverola which is about 5 km up the coast from the fishing village of Tossa del Mar. Our friends Thomas and Claudia Roth had told us about Giverola which is very popular with Swiss sportsmen and women. It is an amazing place. We rented a studio apartment which had a fantastic view of the Mediterranean sea. The facilities of the resort were totally geared towards sports and outdoor activities. Tennis courts, pools, a great beach, mini-golf for the kids, running and hiking trails, and right on the road of one of the best cycling routes in Northern Spain. As Liam said, "it was just perfect." After our first day he also posted via twitter-"I had my first ride today in Spain. It was epic." 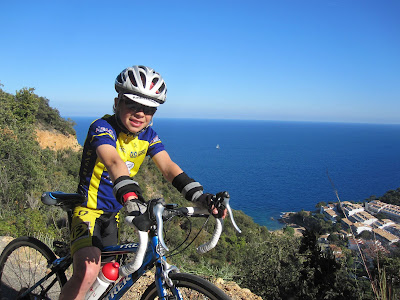 We rode for four days. It was our own custom spring sports camp. Most of the morning rides consisted of beautiful rolling hills along the sea with an eventual turn inland for a climb into the coastal mountains. In the afternoon we would swim in the pool, or hike or run on trails in the hills along the sea. We developed a routine of a late afternoon refreshment with friends at the beach bar, and then up to the restaurant for an amazing dinner buffet around 7:30 each evening. Normally I am not one to stay in resorts, but this felt more like we had a really cool apartment in a hip sports community surrounded by training routes into a magical old world realm. 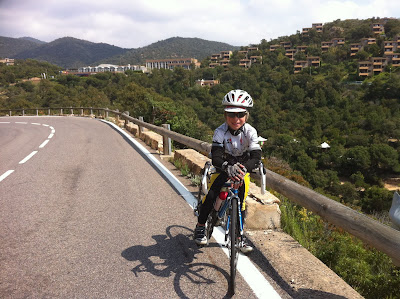 Giverola and the gateway to fantastic riding 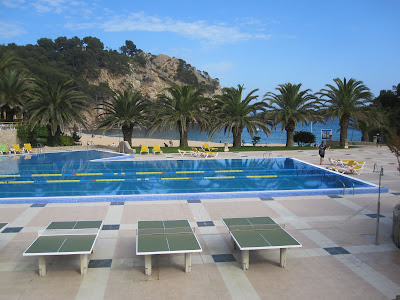 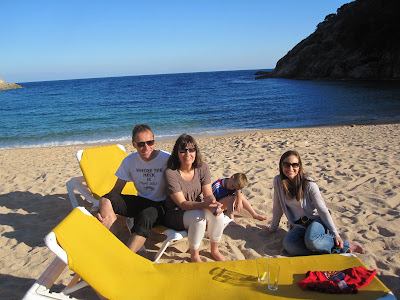 Tavi and Aidan on the beach with friends Thomas and Claudia

We will be back next year for sure. I hope that the video we put together conveys some of the magic that we experienced out on the Spanish roads.

Next stop for our blog will be four hours in the opposite direction. We plan to head to Italy for some of the Giro and a much anticipated ride up to the chapel of the Madonna di Gishalo high above lake Como.

This is Bill and Liam signing out.
Posted by Bill & Liam Flanagan at 12:25 AM 5 comments: