L’art du Départ (The Art of the Start) 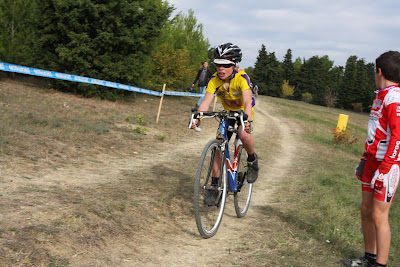 Liam Rolling at a Cross race near Avignon

Cyclo-Cross is a wild hybrid sport that takes road biking, cross country running, mountain biking and trail running, and somehow manages to merge them all together. The sport is primarily done on a cyclo-cross bike. The bike itself is a hybrid, taking the light frame of a road bike, beefing up the fork and wheels, and using a sort of skinny mountain bike tire. The handlebars of the bike are like that of a road bike, with the exception of an extra set of brake levers in the front. There is also more clearance between the actual brakes and the wheels; because quite often you ride through mud. Cyclo-cross is fun, but it is also physically demanding and very technical. The courses are usually over single track made up of some combination of mud, sand, loose dirt, and rock. The riders often have to dismount their bikes and run or jump over obstacles with the bike on their shoulders. 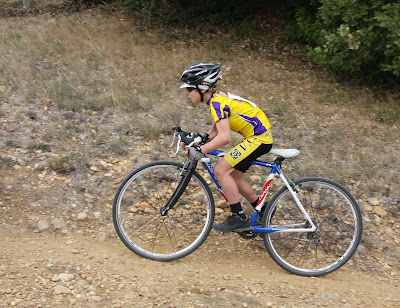 Cross terrain can be tough

Last year, the first year of cross racing for the Flanagan boys, was a tough initiation. Falls were common, their starts were horrible, and the technical tight turns and descents were intimidating. It takes awhile to learn and adapt. It also takes a lot of courage to stick with something that, at first, you are not great at. It is hard to go from always being on the podium (in the top three) to being back in the mid pack at 15th or 16th. By the end of last year’s cross season Liam did manage to crack the top 5, and was often in the top 10, but each race somehow left him a little disappointed. I guess when you are 10 and 11 it is hard to sit back and be patient with yourself (I can’t say that it is easy at 43 either.) 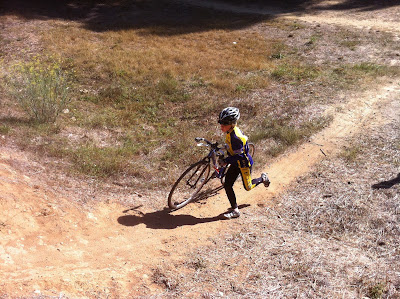 By the end of last year’s season Liam was getting the technical turns, dismounts, obstacles, and the descents, but when we looked back at what went wrong it often came down to the start. In cyclo-cross the start is all-important. You can’t win the race with a great start, but you sure can lose with a bad one. In Liam’s category you have about 40 kids all gunning to get into the top five positions within the first 100 meters of the race. If you are much further back it becomes nearly impossible to catch up and very difficult to pass in the single-track sections.

We started really focusing on starts at the end of this summer. It takes a lot of practice and motivation to be able to generate that type of explosive speed from a stand still. We worked on imagery (from hair on fire, bees chasing you - to the more zen “powerful volcano warrior”). In November it all started to click. Not only were the starts getting faster, but Liam’s ability to put in bursts at speed started to come together as well. His cadence (the revolutions per minute he could turn over the pedals) also markedly improved. 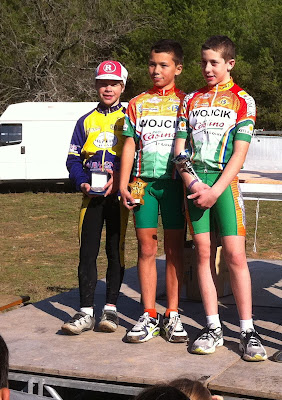 A few weeks ago, at a tough race in La Ciotat, Liam succeeded to get onto the cyclo-cross podium for the first time with a third place finish. Then, last weekend to show that it was no fluke, he finished in third again at an even bigger regional cross race at Les Pennes Mirabeau. At that race, last Sunday just outside of Marseille, he had a beautiful start. It was like watching ballet – a work of art. It was a choreographed burst of speed, a high cadenced dance on the pedals, a zen flow through the tight turns, and then out on to the single-track in the lead! 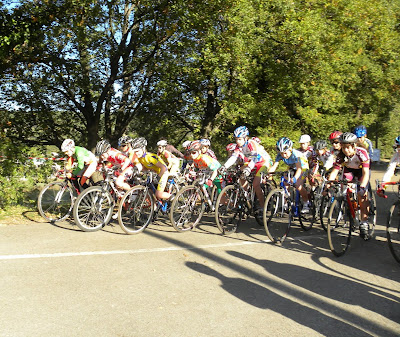 The Art of the Start 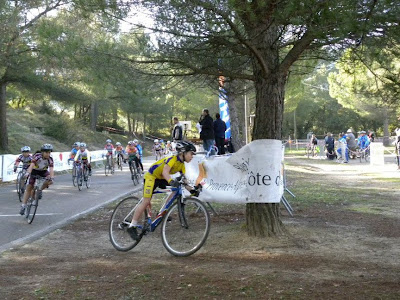 Practicing a little Zen into the turn 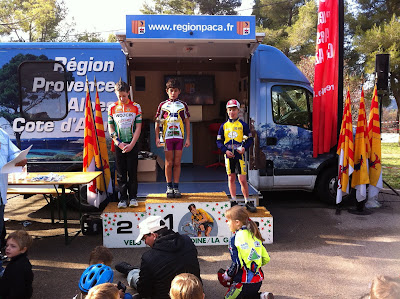 On Sunday, after the junior races, there was a pro race that we watched in the afternoon. The pros raced over much of the same course that the kids had raced over. There were several Tour de France riders at the event. It was a little off-season cross to keep their skills sharp. Rémi Pauriol (the mentor of the boys’ vélo club) won the race. Professional riders Rémy de Gregorio, Yoann Bagot, and Maxime Bouet also raced. The riders were really cool with the kids, before the race they took a lap of honor for a retiring pro, and the kids were able to ride along side by side with the pros. It was one of those relaxed, down-to-earth home town events. Very different from the times we see these guys in July at the Tour were there is a lot more hype and pressure. 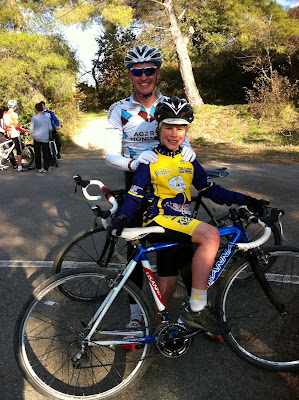 Chilling with Pro cyclist Maxime Bouet before the start 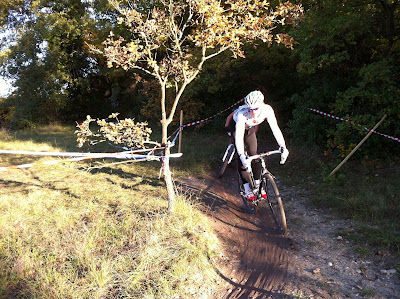 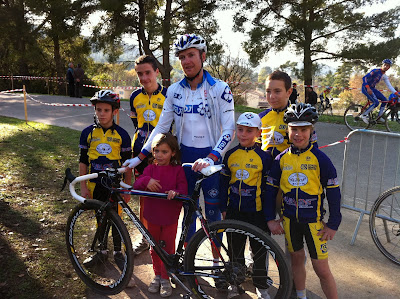 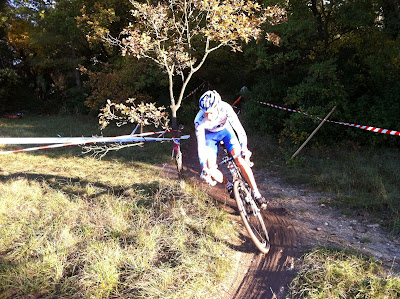 Rémi on course going for the win 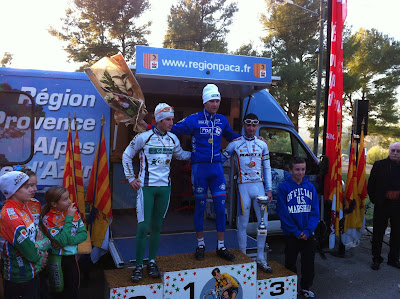 It was one of those events that gets you pumped to be a cyclist, in fact, with mild weather the whole Fall has been really great for cycling. And I have to say that year 4 of the Father Son Tour is off to a great start.

* Note to the guys who have been following the blog. You may have wondered what happened to the end of our season last year (ie.. Levi’s Granfondo, Livestrong Challenge Austin). We had (or at least I had) a rough ending to our last season. I Won’t spend too much time on it – I had to have minor surgery to remove a basal cell carcinoma (this is a form of skin Cancer that for the most part is very treatable) in Switzerland in August – I started riding too soon after the surgery and the incision got infected. We had to cancel our trip back to the states. It turns out that you use the muscles in your upper back for almost everything, and it is an area that can be very hard to heal. It is all good now, and good thing because if I lost too much of my conditioning I would have to buy a moped or an electric bike to keep up with the boys!

Posted by Bill & Liam Flanagan at 2:31 AM No comments: