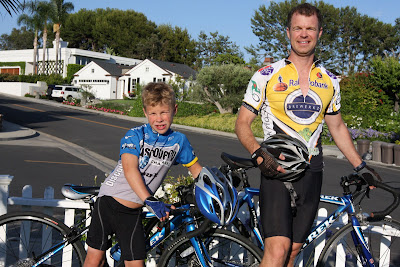 Why is it that everywhere you look there are travel bargains, except when you want to go somewhere? I had been delaying the final purchase of our tickets until yesterday. There is always that nagging voice of comfort which says, "hey, you can get the best French wine right here in town, and you could easily follow this thing on the flat screen from the comfort of your living room." This type of internal dialog usually happens at night after a hard day in the office. However, last night it was happening for a different reason. I was in the process of finalizing our travel plans and everything started to go haywire.

When I first began to research our trip to follow the Tour de France, travel bargains were all over the Internet. I even saw an advertisement for $30 airfare to Paris. Thirty dollars! I knew the economy was bad, but wow! Last night, these incredible bargains were nowhere to be found, and they had been replaced with fares that, I have to say, were seriously making me reconsider the trip. It was like a bad version of Deal or No Deal. At the Air France website it looked like they had some reasonable fares, only to be replaced with extortion once you got to the booking screen. At one point, I actually had a reasonable fare in the checkout screen, but the dates were not quite right. I hit the browser back button, and suddenly the fare jumped by $2,000. Am I to believe that at that very second 80 other prospective francophiles were vying for the same seats? It was a similar story at Swiss, KLM, and Lufthansa. By midnight I was defeated. My eyes were blurry, and I had a bad case of internet search fatigue. I had promised Liam a trip to France for his birthday. Could I take it back?

The morning dawned clear in Newport Beach, and with it, so had cleared some of the internet haze. I found some--I won't call them reasonable--but doable fares from Orange County to Paris on American. We had to move up the departure date which means I will have to reschedule things at home, but this will give us some time before the Tour to acclimate and get our bearings. Instead of doing are final training in the Newport Coast hills, we will be heading to the Alps and the lavender fields of Provence. I suppose it is true that every cloud has a silver lining.

As I was downloading the first picture for this post, I came across some photos we had taken in Pasadena at the 2009 Tour De California. There is a good shot of the family, a shot of Lance and Levi, and a picture of Liam with Lance's bike which was stolen and then recovered by the police in Sacramento during that race. 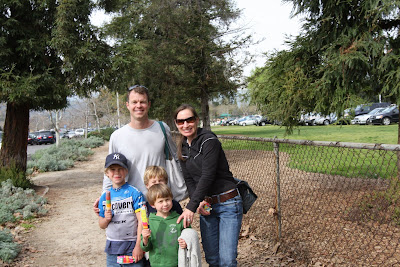 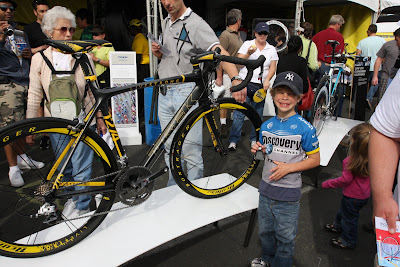