A Maiden Voyage of a new Bike by the Seine and Eating Crepes on the Left Bank - Tour #3 is in the books!

Liam and I have been lucky enough to be able to follow several stages of the Tour de France and make it to Paris for the final day of the bike race for three years in a row. For us, the road to Paris never seems to be in a straight line. ( In fact, many times I feel like a pinball bouncing around France in July) It is hard to imagine the distance that this bicycle race covers on a daily basis. Simply following the Tour is, in and of itself, a very difficult challenge. I think it is for this reason, that each year when Liam and I make it to Paris for the final stage, we feel a tremendous since of accomplishment standing on the Champs Elysées. I can only imagine the since of pride the riders must have as they take their parade lap around the Champs after the finish of the grueling event. 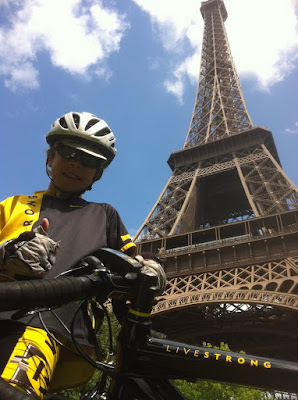 Year Three under the Eiffel Tower

We have a tradition each year of taking a bike ride down by the river Seine and through the streets of Paris on the last day of the Tour. The final stage is always on a Sunday, and as it so happens there is a beautiful section of road that runs along the river that is closed to vehicles and only open to cyclists on Sundays. This ride is always a highlight of our Father Son Tour. This year the ride was going to be even more special because it would also be the maiden voyage for Liam's new Trek bike. 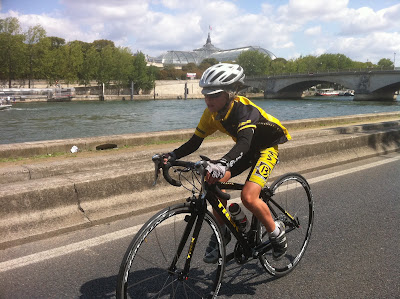 Liam Rocking the New Trek by the Seine

The new bike was a special project that had been a year in the making. We first talked about it with Joe V last year at the Tour de France. At that point, Liam was too short really to fit on a 700 c wheel road bike. So the task at hand was for Liam to grow! Liam would measure his height and instep on a daily basis. By the Spring, mission was accomplished. It is amazing, that if you keep feeding these kids food, they do grow. In April, Joe hooked us up with Mark Andrews in the Trek Race department who was able to work with us on some of the specifics for the bike that Liam needs for his racing here in Europe (special gearing, etc...) Over the last three years, Liam has been very committed to the global battle against cancer through the Lance Armstrong foundation. So when the folks at Trek told Liam that they could do a special paint job in black with yellow Livestrong, he knew immediately that this was the bike for him. We were pretty sure that we would have the bike for Liam's upcoming August race in Assen, but we weren't sure if it would arrive in time for our July riding in the Alps and in Paris during the Tour de France. 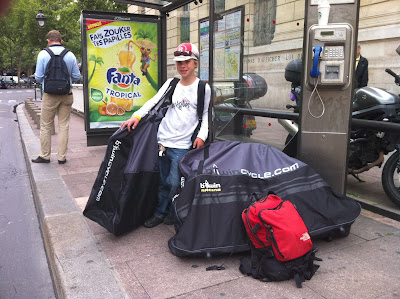 Have bikes will Travel

On Friday, during stage 19 of the Tour, while we were on L'Alpe D'Huez, we got word that the new bike had arrived at our home in Provence. Provence is several hundred miles in the opposite direction from Paris. There were some logistics involved, but Liam really wanted to be able to take his first ride on the new Trek be down by the Seine in Paris. It turns out that France has some pretty fast trains, and the TGV was our solution. We headed back to Provence on Saturday and then took the TGV up to Paris the following morning. We were in Paris by 10 am and riding by noon. And what a ride it was! The new bike was everything we were hoping for and Liam hopes to be able to do some pretty special things on it over the next few years. Thanks Joe, Mark Teppy, and all the folks at Trek. You guys make rocking cool bikes! 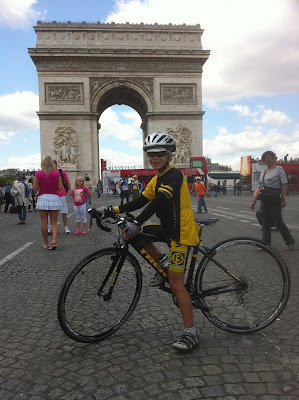 Champs a few hours before the Tour

Paris is the perfect city for riding a bicycle. It is a city that is laid out with huge boulevards and grand monuments. Often when you are walking you think that you will just pop between the Eiffel Tower and Notre Dame, for example, and it ends up taking an eternity to walk. On a bike it is a piece of cake and takes only a couple of minutes. Over the years, Paris has become very bike friendly with dedicated bike lanes and a cutting edge bike share program. It is a true joy to bike around this spectacular city. 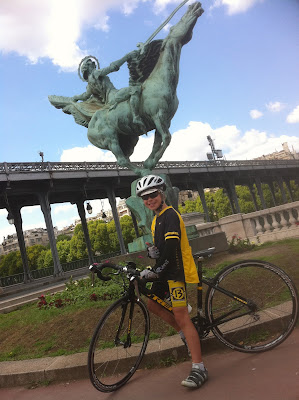 Paris is an awesome city to see on a bike

After our ride Liam and I changed and headed out to watch the arrival of the Tour. This year we watched the Tour from two places in the city. The first was along the Seine, as the race made its way to the Champs, and the second was on the Champs by the finish. I think the crowds were bigger this year than I had ever seen them before. We watched the finish and then the parade of the teams taking their honor lap down the Champs in a literal sea of humanity. It was a sort of mass celebration of cycling and sport with a few beers thrown in here and there (especially by the Australians in the crowd celebrating Cadel Evan's victory.) 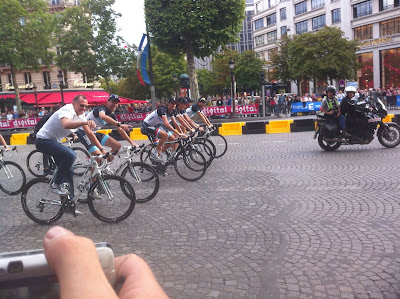 After the race, Liam and I headed back to the left bank and spent the evening hitting our favorite crepe stand and walking around taking in the July Parisian evening. The city has truly become a familiar friend to both Liam and me. 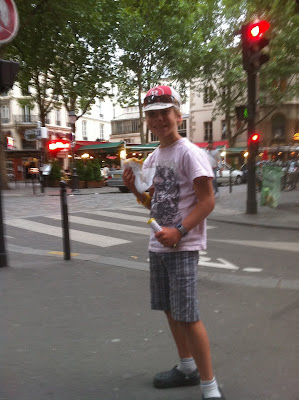 I hope that you enjoy the video and that it gives a since of the great atmosphere and spirit of the day. We will be heading to Holland later in the week for The European Youth cycling Tour. It is a 6 day true stage race for kids 8 to 18. Stay tuned as we are planning to be able to get up a few updates on the blog during the race! 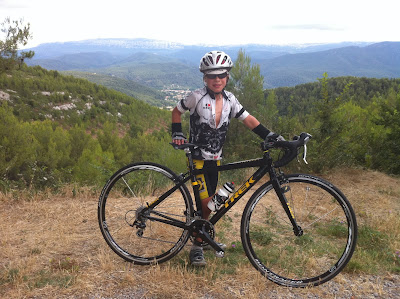 Heading into Assen Liam is rocking his new bike